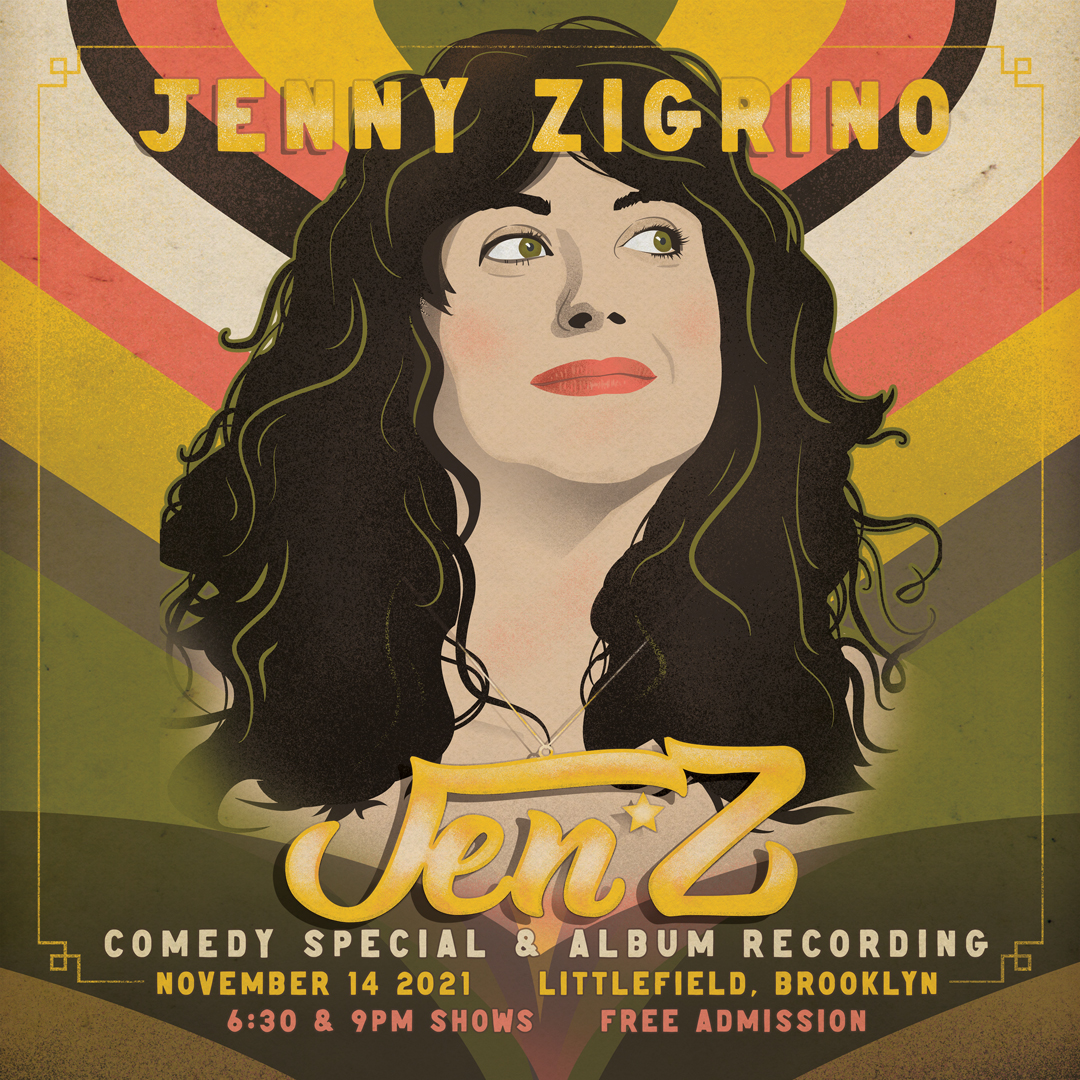 Jenny Zigrino (Comedy Central, Conan, MTV, Bad Santa 2) is a comedian, actress, writer, and aging millennial. Her brand of knife sharp wit, unabashed silliness on serious topics, and ability to make you question everything can be seen at her new hour taping on November 14th at Littlefield in Brooklyn as part of the New York Comedy Festival. Her new hour entitled “Jen Z” looks at life from the perspective of a woman in her 30’s falling short of expectations as she watches Gen Z thrive and the boomers refuse to die. Single, unmarried, and now with a roommate, Jenny is coming to grips with being in a generation that never had a chance to live up to their potential. With her own sister a Gen Z’er and her parents boomers, Jenny takes a few cues from the coming generation on how to stand up for yourself, self care, and using witchcraft for everything. As she sprinkles in advice for the younger generation, she comes to the realization that, like her boomer parents, she might not be cool.

Jenny Zigrino has been featured on Comedy Central’s Stand up Half Hour, MTV Girl Code, TruTV Adam Ruins Everything, and many other networks. She has been featured in films including Bad Santa 2 and the 2021release Too Late, starring Ron Lynch and Fred Armisen. She was featured in Just For Laughs New Faces of 2016 and was a regular on the Conan O’Brien show. She performed in festivals all over the world including Telluride Blues Festival, Just for Laughs Montreal, Fly Over Comedy Festival, and this will be her 2nd time at the New York Comedy Festival.