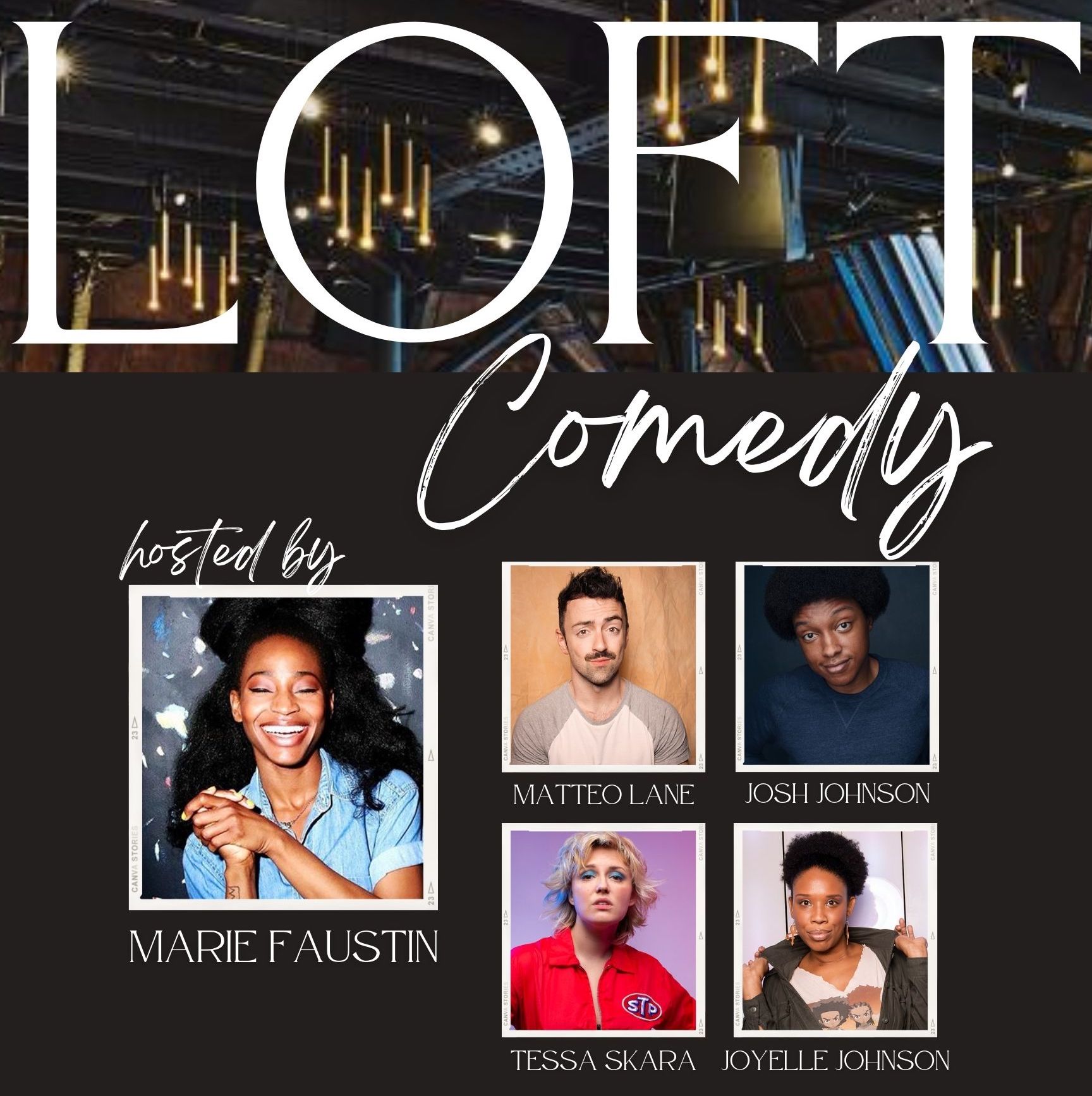 Hosted by Marie Faustin (Comedy Central Stand-Up, Broad City, MTV’s Girl Code), Loft Comedy will feature performances by the city’s most celebrated stand-up comedians and offer a glimpse into the scene’s most innovative, up-and-coming performers. Your ticket includes entrance to the museum.

Loft is produced by Marianne Ways (hailed as “one of the most important gatekeepers in Brooklyn’s fertile stand-up scene” by The New York Times) and Carly Hoogendyk (Formerly the Comedy Booker at Caveat, praised by Comedy Cake for being “a leader in thoughtful, eclectic comedy programming”).

This event will 21+ and will be presented in accordance with applicable public health requirements as of the date of the event; which could include changes to capacity, attendance prerequisites, procedures, and other protective measures. Any updated protocols will be included in your ticket reminder email closer to the event date. This event is mixed seating and standing. Seating is on a first come, first served basis.