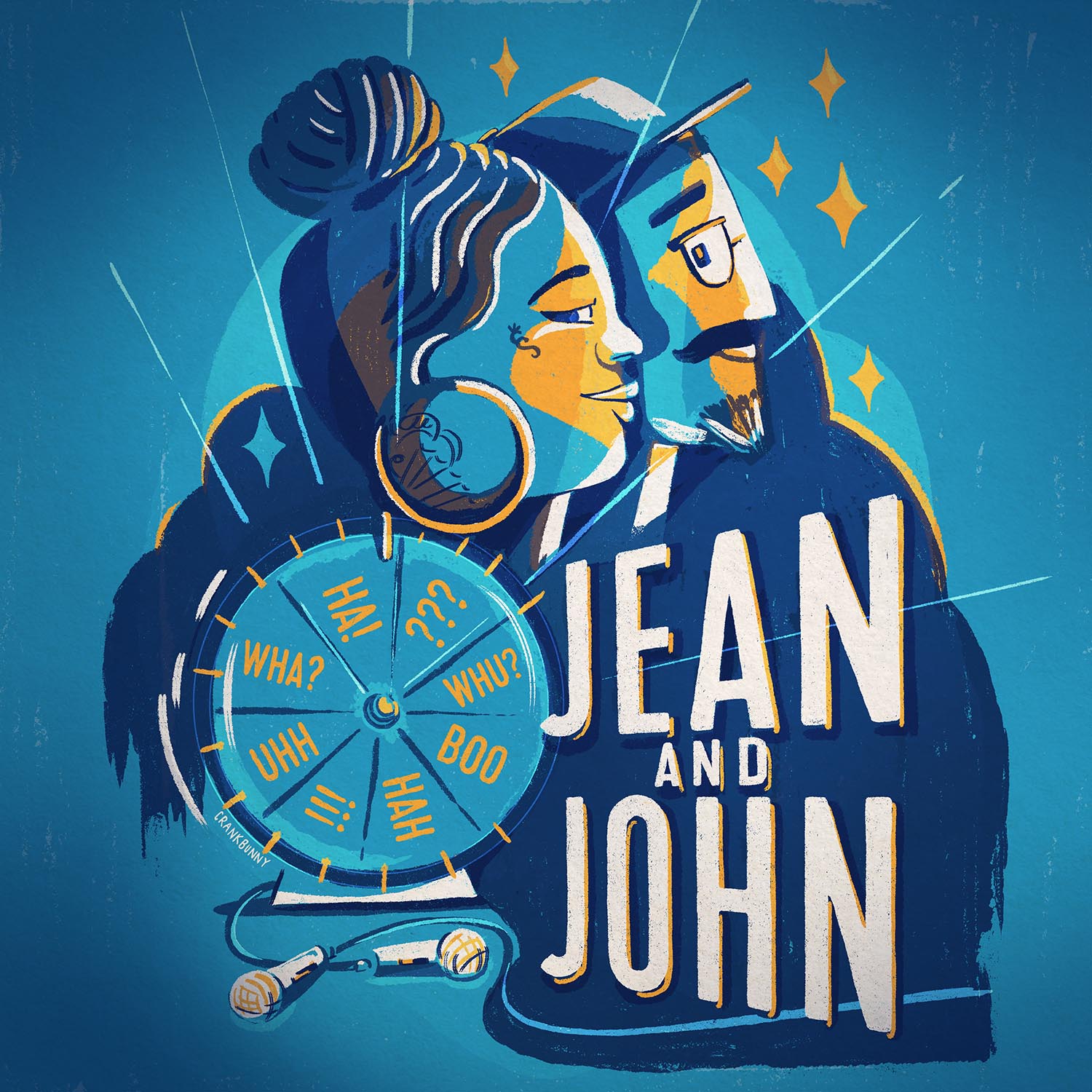 Jean and John are friends. John Hodgman is still on television sometimes. Jean Grae used to rap more often. Just google them. The internet will tell you they have done a lot of stuff and had a lot of adventures and are the funniest, most charming people in the world. This is their variety show. Jean and John own a carnival wheel, and they write topics on the wheel, spin it, and talk about those things. Some topics have included “What Did You Dream Last Night?” “Lin-Manuel Miranda,” “Jean’s Hair,” and “John’s Privilege.” Some topics are suggested by the audience. Others are suggested by Jean and John’s guest. Jean and John know some amazing people from the worlds of music, comedy, books, film, and unscripted television.